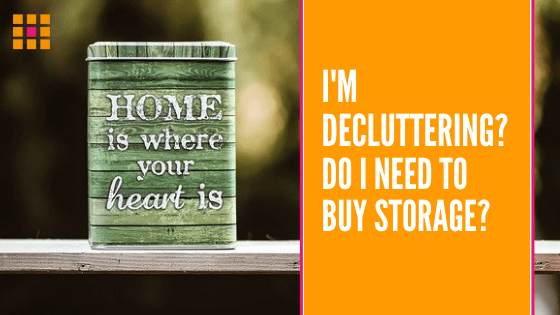 A question I am asked often and one to which I always reply “No, not at this stage”.

Many people see more storage as the answer to their clutter problems; pack things up neatly and all will be fine. Well, maybe… if you don’t have a lot of ‘stuff’ and you know exactly where you’ve put what you own, but in many cases, it’s a case of out of sight, out of mind. Especially where frosted boxes or containers are concerned!

I recently spoke with a Client that I worked with earlier in the year, and she’s certainly got the decluttering bug! Following our initial discussions and a session together, she hasn’t stopped! By continuing with the techniques learnt at the start, she has been able to move around her home; thinning out and compartmentalising her possessions, removing the excess as she goes along.

At least 12 large 64L ‘Really Useful’ crates now surplus to requirements and for sale on Gumtree. The crates were really useful to her at one time because she could store anything left lying around, but not any longer. Releasing them will give her some much-needed space in her home, and some return on her initial investment in them – they’re not cheap!

And what about the contents of these crates?

At least 3 contained many smaller empty crates, and the same number again contained the lids to those crates. The rest were used to store many random items from around the house. 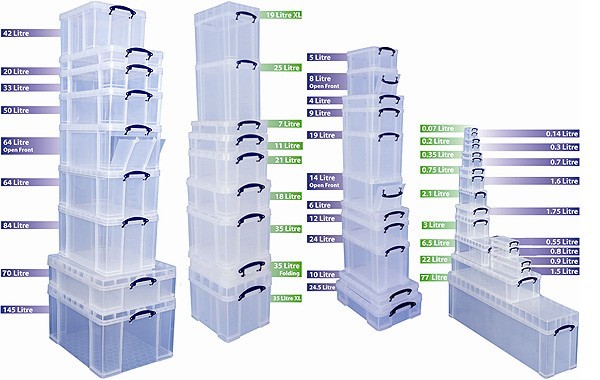 The key things that stuck with her are;

If you feel that your possessions are taking over your living space to the point where you need to make a change, set aside some time in your schedule to tackle it.  Just a small space to begin with, then move around the room.  If you’re in or near to Manchester, UK, you can book me for a clutter consultation where I can point you in the right direction, or if you’d prefer one on one help, let’s arrange a session or two.

Don’t get overwhelmed with your clutter – take control.  After all, life’s too complicated not to be orderly! 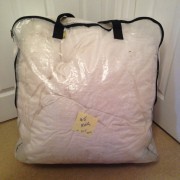 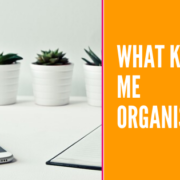 Can you camouflage your clutter? 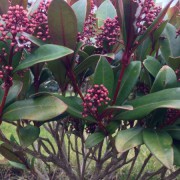 It's Back! National Declutter Week 2013

Organising - A Waste of Time and Money?

What keeps ME Organised?
0 replies

Want to join the discussion?
Feel free to contribute!